Think Twice Before Getting a Shingles Vaccine 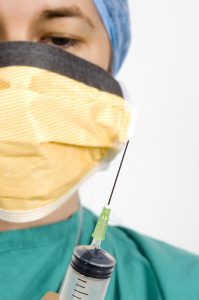 Is it worth it?

WHAT IS SHINGLES?  Shingles is an extremely painful disease where the herpes zoster (or varicella zoster) virus replicates in the nerves.  I know how painful it is because I had shingles in my 30’s during a very stressful period in my life and before I converted to a healthy lifestyle.  (It’s uncommon in people under 50)  Herpes zoster is the virus that causes chicken pox and, like all herpes viruses, once you have it you always have it.

HERPES VIRUSES lay dormant in the nerves until conditions are right for replication – typically after a physical or emotional trauma.  A familiar example of how the virus works would be a cold sore.  A cold sore is also a herpes virus and, after the first infection, it will lay dormant in the nerves of the lip until stimulated to replicate – often through UV radiation of the sun, a bump to the mouth, a split lip, or stress.  Shingles is basically when the chicken pox virus that you got as a kid awakens from hibernating in your nerves and replicates resulting in a painful rash that follows along the line of the affected nerves and does not cross the midline of the body.

OUCH! Since shingles causes significant inflammation in the nerves (the part of your body that senses pain), the pain is excruciating.  I would not wish that pain on anyone but, personally, I don’t feel the vaccine is worth getting.

ANECDOTE: When I taught high school biotechnology and animal science and taught about viruses and vaccines, I would survey the students: “How many of you had the chicken pox vaccine?” (about 90% of their hands went up – the others didn’t know).  Then I would say – “Keep your hand up if you got the chicken pox anyway.” – maybe 1 or 2 hands would go down.  MOST of the students who were vaccinated got chicken pox anyway.  So in my not-exactly-scientific research, the chicken pox vaccine is not very effective.  Thus, I would not expect the shingles vaccine to be so either (same virus).  Here’s what concerns me more than that:

FROM THE MERCK SHINGLES VACCINE WEBSITE:  “The study excluded people who were immunocompromised or using corticosteroids on a regular basis, anyone with a previous history of herpes zoster, and those with conditions that might interfere with study evaluations…” http://www.merckvaccines.com/Products/Zostavax/Pages/efficacy.aspx

MY OPINION:  It is unlikely that someone who is NOT immunocompromised due to stress, disease (even a cold or food poisoning), or overload of pharmaceuticals would develop shingles.  They also excluded anyone with a history of herpes zoster – which means they excluded anyone who has ever had chicken pox – you know… the people who already had the virus lying dormant in their nerves – like most adults today.  In most cases, shingles develops in someone who has A) previously had chicken pox and B) has a compromised immune system.  So they proved the effectiveness of their vaccine by excluding people who are at highest risk for the disease.  Thus, the people who received the vaccine and were not at risk of getting the disease did not get shingles.  Isn’t the idea behind vaccines to prevent those who are actually at risk from contracting the disease?  Plus, the vaccine contains MSG – a neurotransmitter known to cause adverse reactions in large numbers of people.  Folks, there are natural methods of strengthening your immune system to prevent and fight shingles.

QUESTIONS:  Why do we have the FDA again?  What’s the deal with the other vaccines that have recently been approved?  Are the people who are most at risk for developing those disease also excluded from the clinical trials too?  What the heck is the point?  Oh, right… money.  Of course.