Screaming (at my radio) 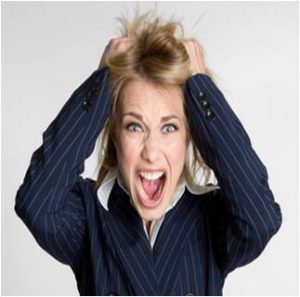 What the heck are they telling people?

Not once, but twice, today I got in my car and a “Wellness” show came on Public Radio.  Being a wellness junkie, my ears perked up.  The introduction to the show claimed to be bringing me “What’s new in healthy living, some down-to-earth advice, and some great lifestyle tips to help you (me) get the most out of life.”  Awesome!  Bring it on!

You see, at this point I was thinking that I was about to hear the local A.M. radio guy who talks about natural health; after all I was promised “healthy living, down-to-earth, and great lifestyle tips.”  I love these things.  This is not what was delivered.

Let the (health) deception begin.  One caller complained that when she had 2-3 alcoholic drinks that she had debilitating stomach pain for days afterwards.  The doc’s advice was to take over-the-counter acid-reducing drugs – not as directed mind you – take double the dose before going out for the night, then just before you start drinking take a dose of a different over-the-counter acid-reducer, and then when you wake up in the morning, take another double-dose of the first drug.  This is when the yelling began.

Stomach acid is critical for proper digestion and nutrient absorption.  It is not “harmless” to shut down your stomach acid production (which is what the drugs he recommended do) – and they do this at their recommended doses, never mind at DOUBLE the dose on the package.  Clients of mine who have been taking these products for extended periods of time all complain of significant digestive issues – until we get them off of them.

At 7 minutes and 52 seconds into the show the caller reported having gone to the hospital for this once.  The doc’s at the hospital gave her pain medicine and the caller reported that they “didn’t scope me or anything”.  (I’ll assume she had lousy insurance.)  She also said that it was painful when they pushed on (palpated) her stomach.   Ulcer anyone?

Beyond the obvious – your body is rejecting alcohol so stop drinking alcohol.  As a holistic practitioner, I’m about finding the imbalance and restoring balance to the body.  Shutting down the acid production in the stomach is creating more imbalance.  I was screaming “Slippery elm bark!”, “Essential oils!” “Enzymes!” and other holistic remedies at the radio.

Coincidentally, the next caller spoke about having GERD (gastric esophageal reflux disease).  She said that no over-the-counter antacids helped and was asking about having surgery to reduce the size of the opening from her esophagus to her stomach.  The doc thought this was a perfect solution.  Again, the screaming: “Chiropractic!” “Acupuncture!” “Essential oils!”

There was no talk of diet.  There was no talk of lifestyle (as we had been promised in the introduction).  There was just recommendations of large amounts of drugs and surgery.  This is the sad state of “healthcare” today when a radio show that touts itself as being health-focused is simply creating a culture that thinks drugs + surgery = health.  (sigh)

As I always say, there is a time and a place for drugs and surgery; it’s just not the place to start.  Find a natural health professional who will seek to help you to restore balance in your body so that the symptoms can go away on their own.  Don’t just cover up your symptoms with chemicals and cutting.  The symptoms are your body’s way of telling you that something is out of balance.  Seek to restore balance instead of squelching your symptoms.