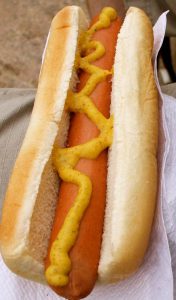 Nowhere on anyone’s list of health foods will you find hot dogs.  Everyone knows that.  But I wanted to give you something to think about that may make you think twice the next time you go to eat a hot dog.  Have you ever noticed that you never see any pork-flavored dog food?  When you go to the store to buy dog food you’re going to find beef, chicken, turkey, cheese, fish, and even duck or bison.  What you won’t find… pork.  The reason… all the scrap pieces that would ordinarily be used to make pet food are used to make hot dogs and not because the pork scraps are too good for dog food; it’s because the market for hot dogs is huge!

Now, don’t think because you buy all-beef or turkey dogs, that you’re getting better nutrition.  It’s not likely.  OK, so we all know that it’s not top-quality meat that is going into hot dogs – no matter which flavor you buy.  You’re getting scraps.  I’m all about not wasting the animal so if people want to eat animal carcass scraps, go ahead – that’s not what really concerns me.  Let’s take a look at what really keeps hot dogs off the list of healthy foods. 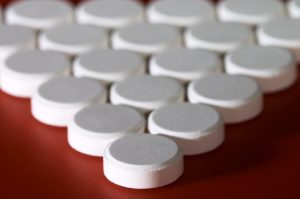 How many grams of sodium are you eating?

Here are a couple ingredients lists from popular brands of hot dogs.  I added the info in parenthesis. 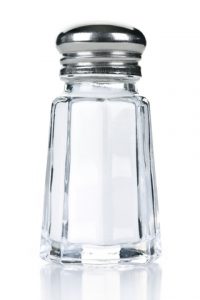 Remember what we talked about with the sodium intake for just one day?  The packages list a serving as one hot dog.  So if you ate just one hot dog you would be getting between 1/4 and 1/3 of your sodium for an entire day!  Nevermind if you’re eating salty chips with the hot dog too!  I’m getting thirsty just typing this!  Most people who want to cut back on salt because they have high blood pressure are focusing exclusively on the salt shaker but the vast majority of sodium intake does not come from the salt shaker, it comes from processed foods like hot dogs.  This is why so many people get confused about why they can’t seem to get their blood pressure to go down and they haven’t touched a salt shaker in months!

Beyond the sodium, there are a lot of other chemicals added to hot dogs.  Remember, if it’s not a nutrient, it’s not food. 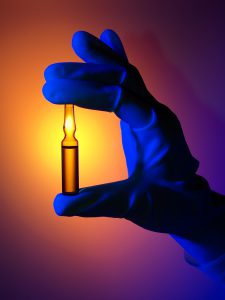 An article about hot dogs would not be complete if I did not touch upon the issue of nitrites.  I won’t bore you with the biochemistry but the moral of the story is that nitrites (found in hot dogs, sandwich meats, and other cured meats like bacon, etc.) combine with digestive juices and food in the digestive tract to form nitrosamines which are known carcinogens – they cause cancer.  Think about that the next time you chop up a few hot dogs for a kid in a high chair.

If you’re wondering if I’m going to suggest you eat a soy dog or tofu dog, I’m not.  I’m not a fan of pretend foods and while they often have less sodium and no nitrites, I just feel like there are so many amazing, natural foods out there that there’s no reason to pretend to eat a hot dog.  Eat a roasted veggie sandwich with balsamic vinegar and Dijon mustard instead!  Or a grilled Portobello mushroom topped with roasted red peppers, avocado, and hummus.

When it all comes down to it, I would say that the contents of a can of average dog food would be a healthier choice than a hot dog.